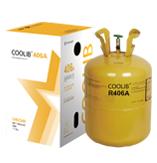 R-406A is a mixture of three components chlorodifluoromethane (R-22), isobutane (R-600a) and chlorodifluoroethane (R-142b) in the ratio 55/4/41. R406A was designed as a replacement for R-12, which is compatible with the typical mineral oil lubricants used in R-12 systems. It has a range of boiling points which may increase the effectiveness of the heat transfer elements in refrigeration equipment. As it contains R-22, its future is limited due to eventual phase-out. 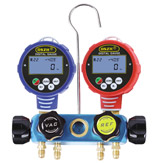 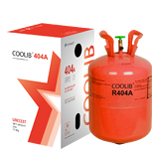 R404A is formulated to closely match the properties of Refrigerant R502, making it useful for a variety of medium and low temperature refrigeration applications.Refrigerant R404A has been approved by many refrigeration compressor and system manufacturers for use in new refrigeration equipment such as food display and storage cases, cold storage rooms, ice machines, transportation, and process refrigeration. 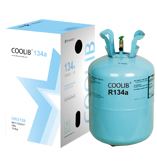 HFC-134a is used as refrigerant in automobile air-conditioning, household and commercial refrigerant applications. It can also be used as aerosol, flame retardan, and blowing agent in pharmaceutical, agro-chemical, cosmetics and cleaning sectors. 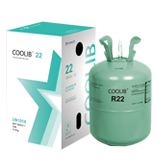 Chlorodifluoromethane (HCFC-22), a colorless gas at room temperature, is a colorless, non - toxic, non-flammable and transparent liquid under the pressure created by itself. It has excellent thermal and chemical stabilities and no corrosivity to metals. Its main applications include refrigerant(-80℃grade), raw material for PTFE production and intermediate for Halon 1211 production. 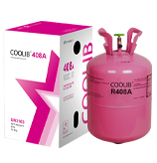 R-408A is a retrofit solution for medium and low temperature refrigeration systems that are currently using R-502. R-408A should not be mixed with R-502 or used to top off the charge of an existing system operating on R-502. 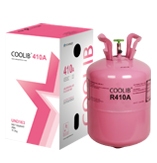 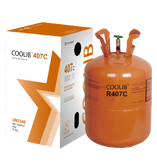 R407C is a mixture of hydrofluorocarbons used as a refrigerant. It is a zeotropic blend of R-32, R-125, and R-134a (20/40/40). Applications include residential and commercial air conditioning systems, non-flooded evaporator chillers, and some commercial refrigeration systems. Since R-407C has similar properties to R-22, it is possible (with modifications) to use it in the same equipment designed for R-22 today. 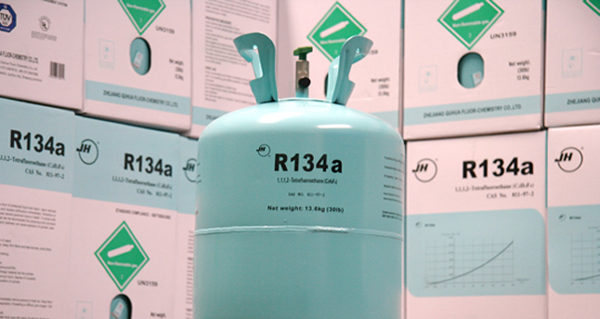 In march last year, economic investigation brigade plays Quzhou City public security bureau bureau report, plays which branch quickly set up the "3 · 15" counterfeit registered trademark case planning, to hangzhou, fuzhou, guangzhou and other places to verify the case clues.After investigation project personnel, a leading producer of counterfeit refrigerants in guangzhou city, guangdong province, buy cheap manufacturer of counterfeit refrigerants from chemical plant filling materials (mostly countries banned the use of or restrict the use of fluorine material) for partial shipments, then according to the requirements of the illegal dealers, fake a variety of well-known brands at home and abroad.

In cooperation with local economic assistance, police investigations by money, logistics research, analysis of a variety of detection means such as billed, successful, fuzhou and captured the criminal suspect in hangzhou, seized its sales dens and warehousing dens, seized fake brand refrigerants of more than five hundred boxes, completely shut off the cross-regional selling fake "JuHua" and other well-known brands of refrigerant gangs.At present, the case has been into the prosecution procedure.